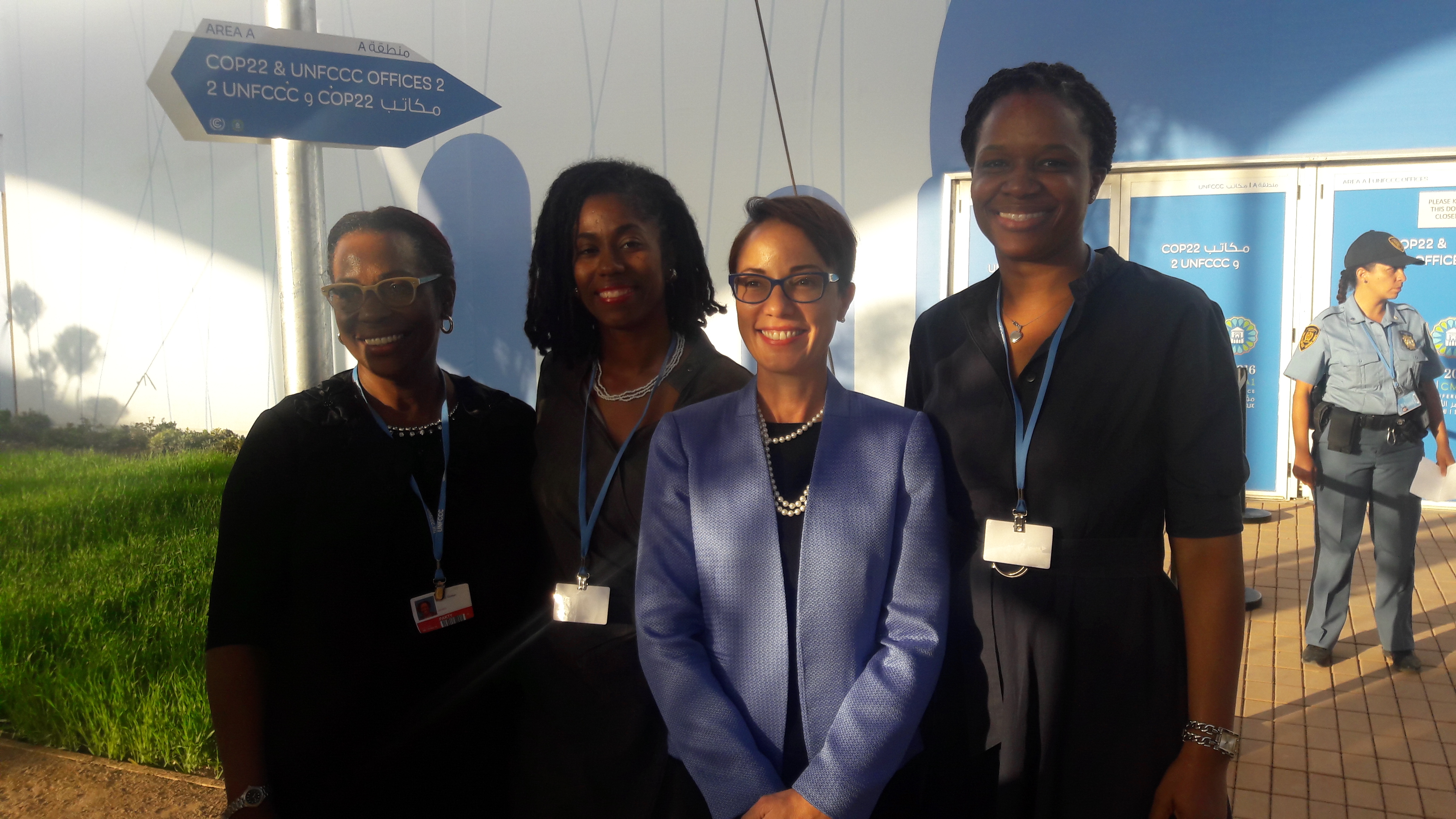 The prime Ministers of Jamaica, Saint Lucia, Saint Vincent and the Grenadines, Antigua and Barbuda, Guyana, and Dominica were present to highlight the impacts of climate change on their islands and lobby for international action to curb climate change during the final week of the 22nd UN Climate Talks in Marrakech, Morocco.

All six Prime Ministers — David Granger from Guyana; Andrew Holness from Jamaica; Allen Chastanet from Saint Lucia; Ralph Gonsalves from Saint Vincent and the Grenadines; and Roosevelt Skerrit from Dominica — addressed the high-level plenary of leaders.

The UN Climate Talks usually run for two weeks. In the first week, country negotiators and technical experts work on emerging climate issues and make recommendations for the ministers and heads of state, who usually arrive in the second week to take decisions on the issues raised.

According to Jamaica’s Prime Minister, Andrew Holness, his attendance was to meet with regional and international leaders, in a bid to strengthen the island’s profile and build relations with other small islands to access climate finance.

“Apart from being the prime minister, I am also the Minister of Environment and so it is important to me that during my first year I establish some presence on the international scene in the issues that affect Jamaica — climate change being one of them,” he said.

Holness was speaking in an interview with Panos Caribbean and The Gleaner, ahead of addressing the high-level plenary.

“Jamaica has been a prominent voice on this level in this area so it is important to amplify Jamaica’s voice,” he added.

Holness joined the Jamaican negotiating team of technical experts and Minister of Foreign Affairs and Foreign Trade Kamina Johnson Smith, who were already present for the talks.

“I spent quite a bit of time talking with other regional and international leaders. I spoke at length with PM Chastanet; we spoke about how to structure ourselves re funding,” he noted.

“There are various ideas about how we can access funds. There is an agreement that countries like ourselves — small-island developing states — we need to improve our capacity to write proposals, gather and analyse data to make a case to access funds,” Holness added.

“There is usually some temptation to go and negotiate bilaterally for assistance but I think staying together as a group and keeping the funding on the international agreement is also beneficial — although that does not stop negotiating bilaterally,” the Jamaican PM said further.

Climate financing has been a major point of discussion at the climate talks where countries are split about where to channel funds for mitigating and adapting to climate change.

It is expected that by the end of today (Friday, November 18), the well over 100 countries in attendance at the talks, will announce their decision on the way forward on climate financing and other issues.