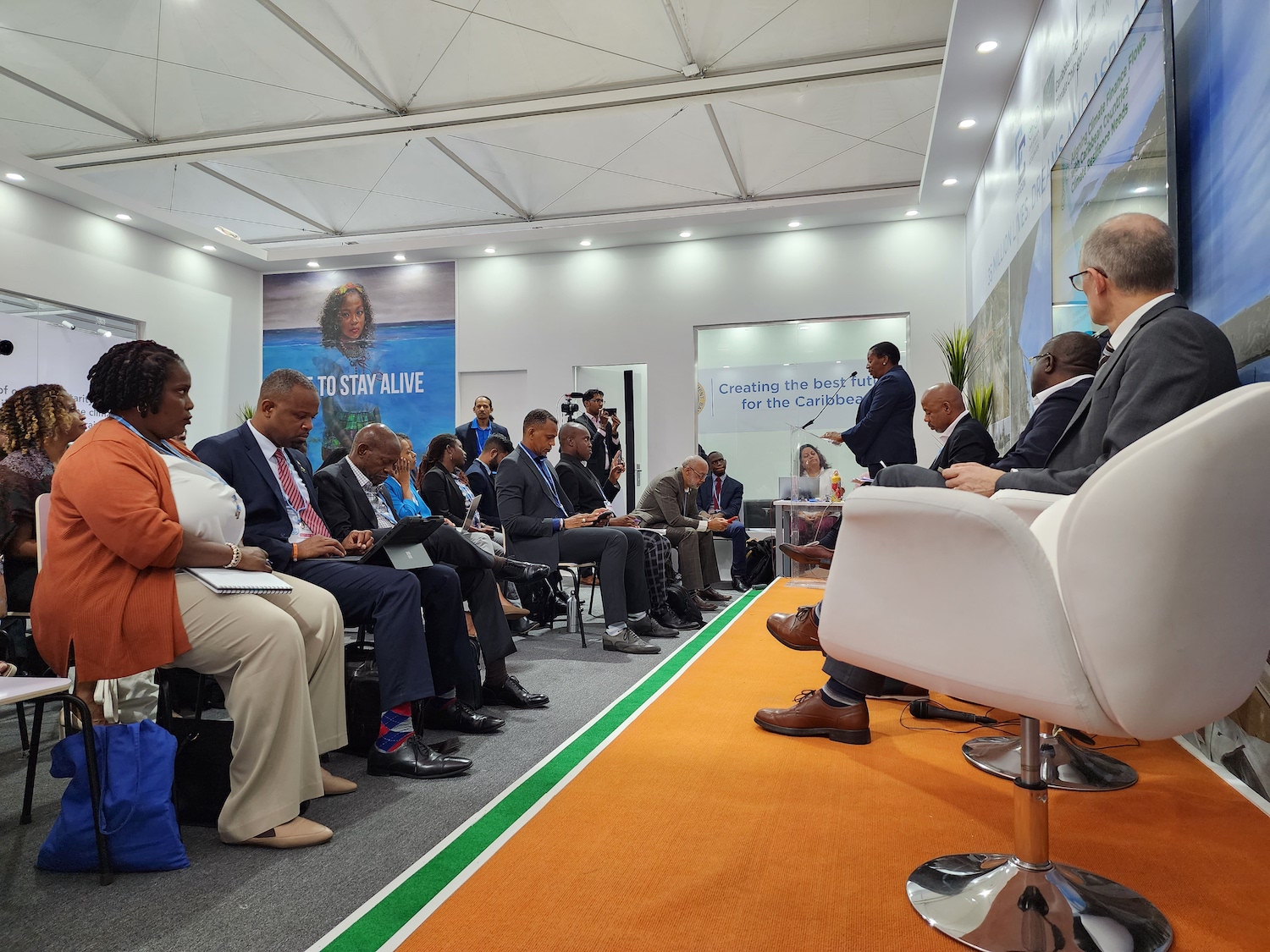 While breathing a sigh of relief following the decision on financing for loss and damage coming out of the recent United Nations Climate Conference, Caribbean SIDS have reservations over the overall package of decisions from the international negotiations (COP27) that concluded in Egypt on November 18.

Not the least of these is the seemingly insignificant strides made to ramp up ambition to cut emissions that fuel the warming of the planet and the associated impacts – from extreme weather events, such as hurricanes, to threats to food and water security, as well as the risks to public health.

“While the establishment of the loss and damage fund is a big win for SIDS, representing 30 years of effort and struggle, there were many disappointments for SIDS in Egypt, particularly as it relates to keeping 1.5 alive,” noted Colin Young, Executive Director of the Caribbean Community (CARICOM) Climate Change Centre who was at the negotiations, which began on November 6 and ended on November 18.

“Regretfully, the fossil fuel lobby and the fact that the COP was being held in a Petro state contributed to weaken language in the decision. CARICOM and AOSIS were hoping for greater ambition and a commitment to phase out the use of fossil fuel and see a peaking by 2025 as is required by the science. Instead, we got text that refer to ‘low emission and renewable energy’, which potentially can create a loophole for further development of gaps,” Young explained.

rapidly transform energy systems to be more secure, reliable, and resilient, including by accelerating clean and just transitions to renewable energy during this critical decade of action”.

It also “stresses” the importance of enhancing a clean energy mix, including low-emission and renewable energy, at all levels as part of diversifying energy mixes and systems”; and in line with national circumstances and recognising the need for support towards just transitions”.

According to the CARICOM Climate Change Centre boss, the COP also did not deliver on the promised US$ 100 billion.

“The fact that developed countries failed to deliver the 100B at COP27 was another disappointment; they won’t until 2023. The fact that they are failing to deliver is an erosion of trust and abdication of their historical responsibility,” Young noted.

According to the advanced unedited version of the cover decision, parties express “serious concern” that the goal of developed country parties to jointly mobilise USD 100 billion per year by 2020 in the context of meaningful mitigation action and transparency on implementation has not been met and “urges developed country parties to meet the goal”.

The article is a production distributed through Panos Caribbean. It is made freely available to your media, and we encourage publishing and redistribution, giving credit to Panos Caribbean.